Save Up to 10% On Select Items
Use Coupon BALLGLOVES 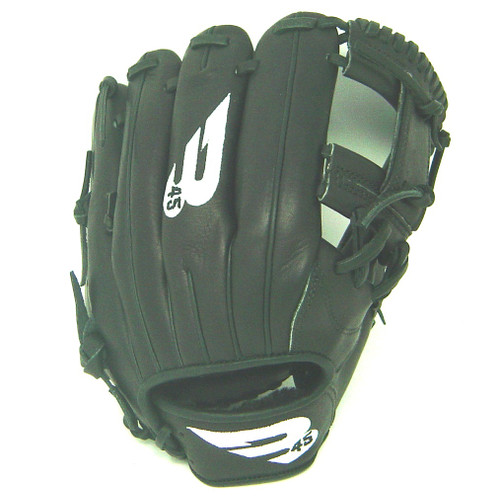 B45's mission is to remain the leader in the manufacturing of baseball bats and equipment recognized for their absolute quality and innovation for both professional and amateur players. Back in 2004, forest engineers from Québec City, Canada hardly believed that Yellow Birch would make exceptional baseball bats. They joined their knowledge with the experience of professional baseball players to handcraft the first ever bat made out of Yellow Birch, a wood that possesses extraordinary physical characteristics. Laboratory and game situation testing then proved that B45 Yellow Birch bats were giving baseball players a good swinging feeling and broke significantly less than other types of bats. Hard like maple and flexible as ash, B45 bats have a significantly lower breakage rate enhancing hitting performance, lowering overall cost, and adding a measure of safety to the game. Still based in Québec City, Canada, B45 is more than ever known for its quality and innovation in the wood baseball bat industry. Through years of collaboration among our staff’s forest engineers and professional players, B45 offers the finest bats made throughout North America and the world. Approved for professional play since almost a decade, B45 Yellow Birch bats are still proudly handcrafted by former pro players who know the ins and outs the game and the importance of swinging a quality bat. Whether you are playing in the Show or in your Sunday morning league, our bat makers will handcraft your bat with the same passion and precision that will end up being the right product for you. In 2015, B45 moved to a new ownership group led by former Major League pitcher Éric Gagné. With the help of new brand ambassadors like All-star outfielder Carlos Gonzalez, All-star catcher Jonathan Lucroy, and young pitcher Phillippe Aumont, the company is growing faster than ever, on both professional and amateur levels. Everyone in the company is driven by a renewed energy and so are our new Believers.
×